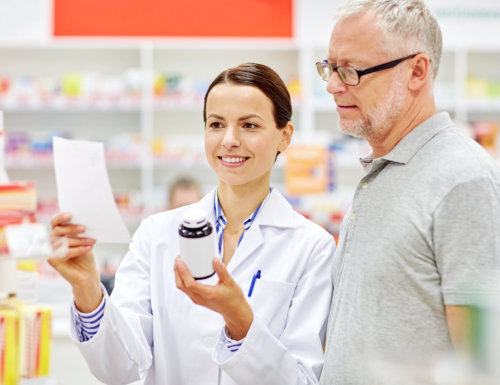 Melatonin is a naturally occurring hormone that is produced in the pineal gland. It helps most people in falling asleep. The hormone does it by resetting the internal clock such that it tells the brain when it should go to sleep and when is the right time to wake up. Melatonin is like the built in alarm clock of the body. And because of its effect in setting the circadian rhythm or the sleep-wake cycle, there are melatonin supplements which are available over-the-counter and they are packaged as a gummy pill or a tasty drink. Such a supplement is unregulated because of its food supplement status, and it can be purchased in Health Care Supplies in Spring Hill, Florida at an affordable price.

Melatonin’s Effect
Melatonin is the only hormone that is generally unregulated by the FDA. It is popularly advertised as a food supplement, and is widely available for anyone to purchase over-the-counter, and with this fact, there’s a very big possibility that you have seen or have tasted the drug because it’s widely available. Melatonin works by helping regulate sleep such that taking the synthetic drug can help tell the body when is the right timing to go to bed and when is the best time to wake up. However, it is important to point out the fact that it actually doesn’t “turn off” your brain to make you fall asleep, compared to potent sedatives or hypnotics which can really make you feel groggy and sleepy.

Could it Treat Insomnia?
The answer most researchers would say about melatonin is that it is not effective in treating insomnia. Although it can help in small ways to make you fall asleep, but it does not guarantee to carry the same effect as hypnotics. Melatonin’s effect can be enjoyed by those who wants to overcome the jetlag they’ve experienced after taking a long flight, it helps those who are working in an erratic schedule, it assists people who have delayed sleep phase syndrome, or brings benefits to elderly who are struggling to fall asleep in the time they wish. But for insomniacs out there, there is no strong proof that could correlate the effects of melatonin in combating the sleeping disorder.

Although it is available without the need to present a prescription, it is important to consult a physician or a pharmacist in 4 Corners Pharmacy when you plan to take the supplement. You need to have the right information with respect to its dosage, the way it is to be consumed, and the time you need to take it so that the supplement will work for your advantage.

Although the widespread use of melatonin can be alarming, there are no reported cases about its toxicity, and no unwanted complaints have been recorded by far. Melatonin has been relatively safe as a food supplement in its three decades of existence.

New Pharmacy Customer
Register your information as a new customer at
4 Corners Pharmacy. Right here, we provide your prescription medications and all of your health care supply needs in a timely manner and at your own convenience.
Register Here